Bedroom window in the basement

More and more bedrooms are added, in the basement, to make the most of the living space. A room can also be added for the purpose of selling and adding value to the home or attracting more potential buyers.

But are windows required in these rooms and are there specific regulations? Sometimes bedroom windows are too small, even for new homes, but why? The reason is simple: basements are often not completed when the house is delivered, so it is not mandatory to have Egress type windows (emergency exit), because there are no bedroom, yet. 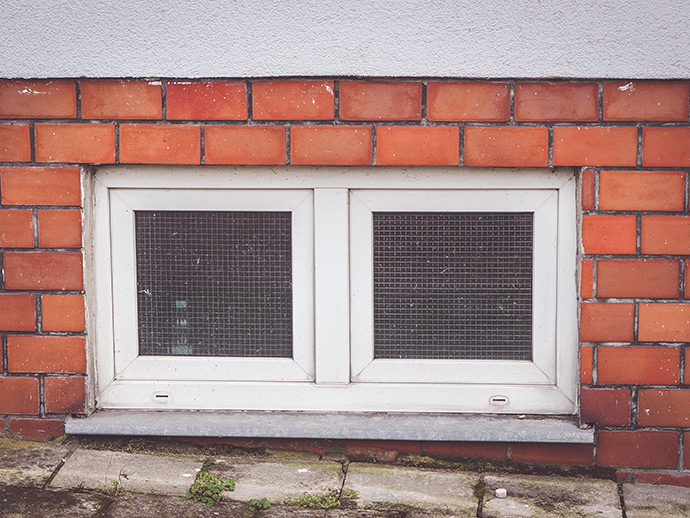 Except when a bedroom is equipped with automatic sprinklers, a bedroom must have a window to the outside usable from the inside without keys, tools or special knowledge and without having to remove the shutters or hardware. The window must be large enough to allow an adult to go out through this opening, during a fire for example. The Quebec Building Code requires that the opening be at least 3.8 square feet and more than 15 inches in height and width. But 15 inches in height would require a width of nearly 36 inches to meet the minimum area (some cities in Quebec have higher requirements). In addition, these measures consist of one side for the sliding windows and not the total opening of the window, because these windows open one side at a time.

I often find that bedroom windows are too small during a pre-purchase inspection. I always recommend to my client to make changes to this opening, if he intends to use this room as a bedroom. If the window is big enough, is it easily accessible?

A wall-mounted cabinet would make it easier for young children to climb out the window in case of an emergency. Most anti-intrusion bars are to be removed for the obvious reason that they prevent from going out easily.

What type of window to favor?

There are no specific rules for the type of bedroom window in the basement. On the other hand, these windows are often very close to ground level, or even inside a coping. A snowstorm or obstacle could prevent the opening of a casement or awning window. Some manufacturers offer models of casement windows whose mechanism, in the center, allows the opening of both sides of the window simultaneously. Sliding windows are the least risky when there is less clearance with the ground. On the other hand, the total opening of the window must be greater than that for casement windows which open on both sides simultaneously.

A window overlooking a window well

A window located inside a rim must be able to open completely and allow, once again, an adult to pass through without difficulty. Awning windows that open outward must have a clearance with a rim, when opened, at least 760 mm (30 inches), according to the Quebec Building Code (some municipalities may require bigger clearance). In addition, the opening mechanism of an awning window does not allow its full opening, most of the time.

In summary, a bedroom window in a basement :

Remember, the life of your children sleeping in basement bedrooms depends on it.

* This information represents general guidelines only and should not be considered as fact. Many factors, such as location, type of construction, new construction/renovation, and the type of window used can affect the steps necessary to ensure a proper evacuation exit. Therefore, we cannot be held responsible for any loss, physical or monetary or any other loss resulting from the use of this information.