Radon is a radioactive gas that is naturally present in the soil due to the decay of uranium in the earth's crust.

Radon is an odorless, colorless and therefore imperceptible gas that can seep into your home through cracks, openings, sump, crawlspace, etc. Outside, it mixes and disperses in the environment in concentrations too low to be problematic. In a confined and less ventilated area, such as a basement or crawl space, its concentration may increase and become dangerous to health. The concentration of radon is related to various factors, such as : 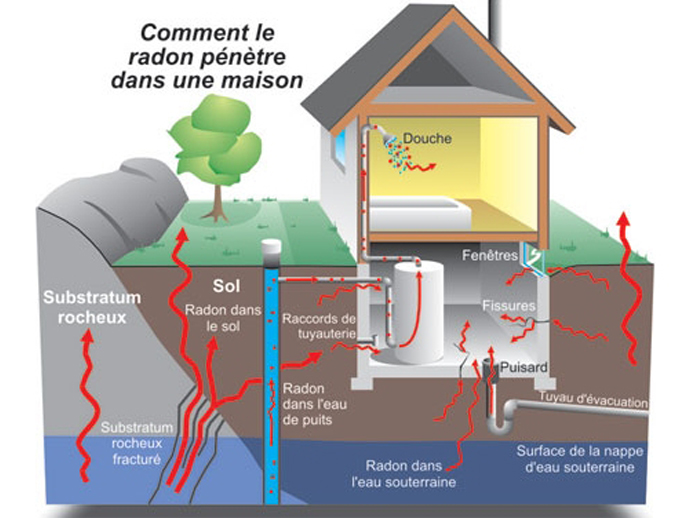 What are the health hazards?

According to the Quebec Lung Association, radon is the second leading cause of lung cancer after smoking. The risk is related to three factors: :

From which concentration should I worry?

The Government of Canada recommends remedial action when the radon concentration is greater than 200 Bq / m3 (Becquerels / cubic meter). The World Health Organization suggests such correctives from 100 Bq / m3. Radon concentration is usually higher in subsoil; hence the importance of carrying out a test, especially when using bedrooms or another room used several hours a day, such as an office, a playroom or a family room, in the basement. 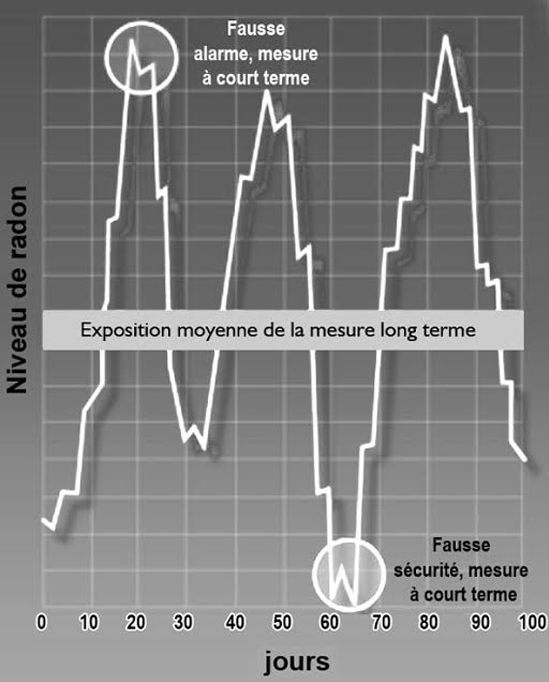 No city is immune. About 10% of dwellings in Quebec have a concentration greater than 200 Bq / m3. The most affected regions: Gaspésie, Îles-de-la-Madeleine, Oka, Mont-Saint-Hilaire. Two neighboring and similar houses may have a completely different radon concentration in any region of Quebec. Only a measurement test can determine this concentration. For more information, see the Canada-wide survey of radon concentrations in homes.

Is it recommended to do a radon test?

Yes, given the potential health risks and the test is inexpensive and easy to do, a radon test is recommended for any type of building and regardless of the age of the building. There are two ways to do this type of test: doing business with a specialized company or getting a radon kit or dosimeter. Health Canada recommends using a long-term test for at least three months and ideally over a 12-month period, when windows are closed most of the time (September to April).

Do I need to do a radon test before buying a house?

As for a pyrite test, it is possible to make a conditional offer to obtain a radon test. In contrast, Health Canada's recommended 3-month timeline could cool down several owners. Note that it is possible to perform a short-term measurement test. This test will give you a glimpse of the presence of radon, but will be less accurate than long-term measurement tests. If the radon concentration is beyond the acceptable limits, the buyer may reconsider his purchase offer or request that corrections be made.

It all depends on the concentration of radon and the recommended corrective measures. It can vary from a few hundred to a few thousand dollars. In some cases, clogging of the cracks on the floor slab as well as the foundation walls and the perimeter of openings through the concrete slab and sump will be sufficient. In other cases, it will be necessary to install a depressurization system, by a specialized company, which consists of installing a duct and a fan to suck the radon accumulation under the floor slab and reject this gas to the outside of the building. 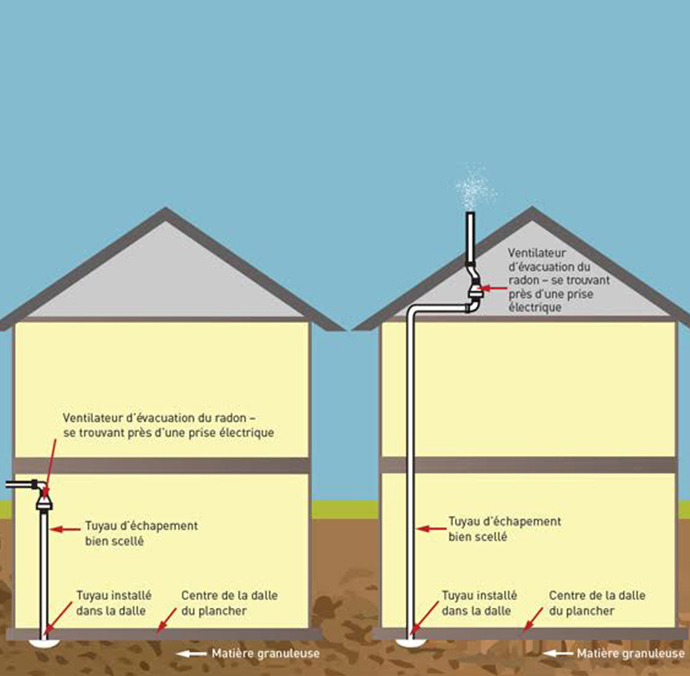